Designer, Tom Piper and CSM, Sunita Hinduja go on a blind friend date with each other to the first socially distanced Live performance in The West End since March. 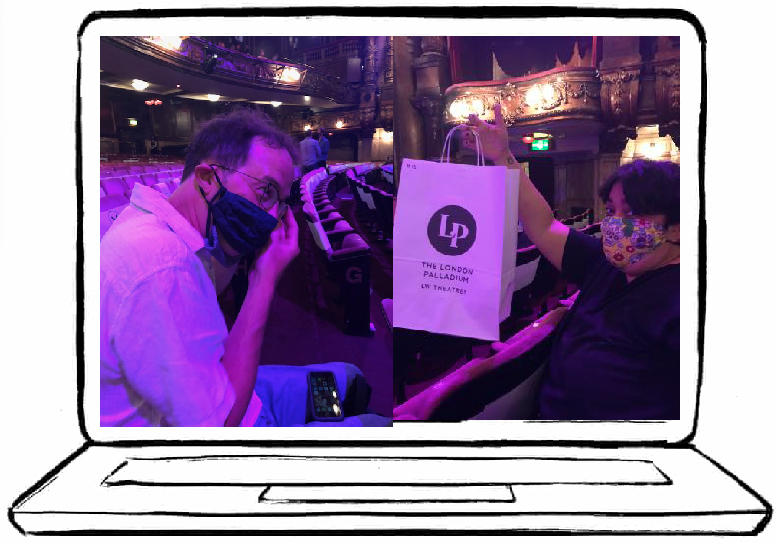 What were you hoping for from your first live theatre experience since March?

T: I was really curious to see how the atmosphere would be with a reduced audiencecapacity, but also pleased to be getting back into a theatre building. There was a palpable sense of excitement as we gathered outside the Palladium to be let in.

S : I was extremely nervous – this was my first journey into the WestEnd, I haven’t even been back to the Arts where I work to pick up my stuff. But was extremely excited to be allowed in a theatre again – I was fascinated to see how it could function with the current government guidelines. And I stood and waited for Tom outside a closed Bella Pasta you could definitely see other people’s joy. Our Tickets also came with very clear COVID safety instructions – so felt remarkably prepared for the experience. 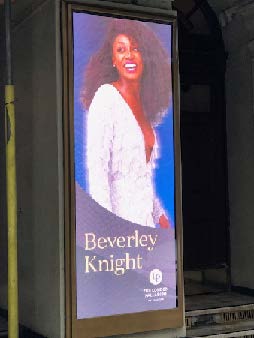 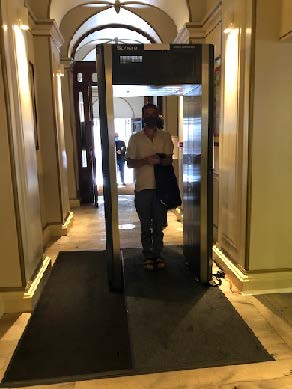 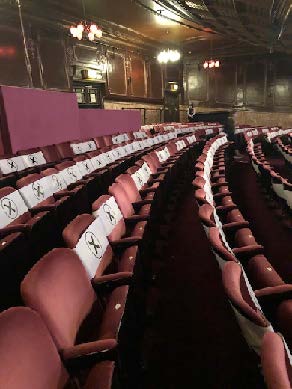 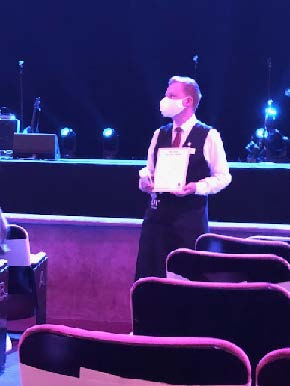 T: Sunita was really easy to talk to , it was just like the first day of rehearsals meeting a new friend and finding out all our shared connections within the freelance world. The experience of getting into the theatre was simple and well run, we had a time slot, scanned tickets, had temperature taken and walked through the not switched on spray machine! Loads of helpful staff and arrows everywhere. Depressing numbers of seats with crosses on. At seat drinks service from extremely pleasant front of house staff (thanks Sunita for plunging in with a celebratory mid afternoon rose for us both) and no queues for the toilets were an added bonus.

Beverley Knight gave a really powerful performance, preceded by a speech from Andrew Lloyd Webber. Throughout the sense from those on stage that live theatre was so crucial to us all was really raw and at times very moving.

S: Tom was a joy to meet and chat to – even though we are from different disciplines him a designer and me a Company Stage Manager we share the current freelance situation of having our year of work cancelled, postponed or suspended. Tom arrived to the venue on his bike – big tick. This was one of the instructions on our ticket information, it asked if you can avoid public transport please do. We were given an allocated 15min window to enter the building, Queuing was Orderly and quick. While we were in the queue a FOH team member asked us scan a Q code and fill in our track and trace details, Tom did this easily, mine came up with a fault and would not let me advance past entering my birthday. The couple ahead of us had the same issue. We were scanned by a thermal camera to have our temperature taken and passed through to the foyers via doors that had anti bacterial casings on the handles. There were plenty of FOH staff on hand to answer questions all wearing masks and very clear social Distancing markings to follow on the floor. Walking in to the auditorium was a strange feeling – the unsold seats were marked with big crosses. Full empty rows between audience members and empty seats either side of people. There were 6 people in our row including us. Please to see an at seat drinks service, which meant if you didn’t want to wonder to the bar you did not have to.

Onstage was a spread out Band set up in a black box. I was immediately impressed by the size of the stage. Beverly Knight’s performance was extraordinary – she and her band were clearly was enjoying performing for a live audience.

What did you talk about?

T: Shared love of Scottish theatre scene and the musicals of Forbes Masson (well due for a revival !) how the atmosphere felt really strange, especially as the masks hid our reactions. The general absence of diversity in the auditorium was also very apparent. We both enjoyed watching Trevor Nunn’s reactions to the event!!

S: We discovered a mutual love of the Scottish Theatre scene, I did my growing up there and Tom designed some of the best things I saw. We talked about the strangeness of masks – Tom’s glasses steaming up was a good talking point. There was a shared acknowledgement that we really had little to complain about as Keyworkers have been wearing masks to work for months.

Were there any awkward moments?

T; I initially went to the wrong theatre so was a bit late ! Then I got completely tangled up trying to swap to a more comfortable mask whilst wearing glasses and steaming up, that was an interesting moment (photo op !)

S: Between me and Tom No. But the mask wearing made it a little difficult to immediately recognise people from a distance. Also at the interval when I went to the toilet (an extremely pleasant queue free experience) the FOH team member who was directing people was unsure about weather I required the Ladies or the Men’s toilet something that happens to me often even without a mask.

How long were you in the venue?

T :Three hours ,we had a 1 o’clock arrival slot for the 2 o’clock showing and the interval was half an hour long, but as the auditorium was so empty there were no queues in the bar !

S: 3 hrs in total – because of the staggered arrival times – we were asked to arrive at 1pm for a 2pm start. But because it was very empty it did not feel overwhelming to be sat there that long. And actually gave us a bit of time to relax and calm down a bit before the main event.

Describe your experience in 3 words?

S: Depressing, Useful and Joyful (this is reserved for Beverly Knight)

If you could change one thing about the afternoon what would that be?

T: Not having to wear a mask

S: probably being able to take the mask off during the performance. I also would have loved to see a more diverse audience for this experiment I was very aware that in the stalls we were predominantly an industry Audience made up of Producers, Venue managers and Press – Both Tom and I noticed and commented on the lack of representation in the area we were sitting.

T: 9 for Sunita & 7 for the experience (although Beverley Knight gets a 9 too for her extraordinary energy and commitment , just hard to get a third full theatre to really respond)

S: A strong 9 for Tom. A tentative 8 for the experience, I felt like I was in a safe clean environment but the empty seats made it hard not to be self conscious.

Would you go to a socially distanced play /gig again?

T: Probably yes for a play , the social distancing was especially hard when trying to get a gig atmosphere going.

S: Yes I think I would, am fascinated to find out how backstage functioned, so if any Freelancers out there know, do share. 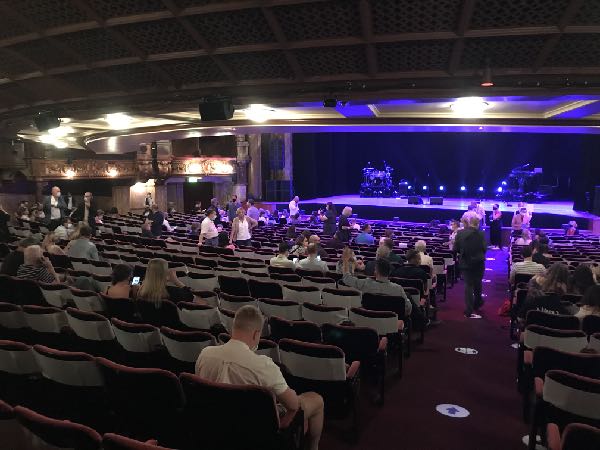 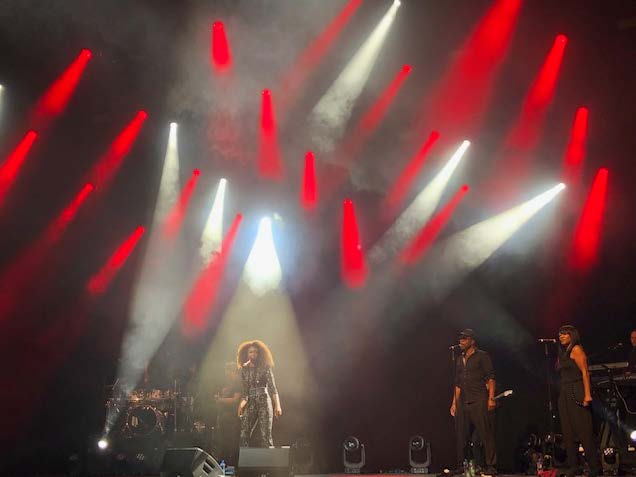