Our response to Oliver Dowden’s letter on contested heritage

Beyond the careless and cruel comments from the chancellor and the glib jibes from Dominic Cummings there is a far more dangerous and calculated threat to our lives as arts workers that is stealing upon us. As the twitter sphere argues about viability, a far more deadly threat is sneaking up the lochs and rivers of UK arts funding; like a nuclear submarine many of us missed it passing. It was slipped under the doormat of our homes, shared publicly but oh so quietly and is possibly the most damning evidence of what this government sees as the function of public funding in the future….

What is this scary document? A letter. A letter anyone can see. I suggest you have a look…..

The letter is from Olivier Dowden to our national museums, galleries, and, among others, Arts Council England, instructing them to take up the government’s own political stance on contested heritage and the removal of historical objects. And that’s not all…

At first reading it feels inflammatory – the sort of rhetoric we’d expect from this government. Reactionary. Heavy handed. It lacks sensitivity and displays no true understanding of the complexities of these questions and never seeks to understand the perspective of so many who have had to withstand so much abuse for so long.  Should we be surprised by that? Probably not, although yes, angry and disappointed.

And then we reach the third paragraph:

Further, as publicly funded bodies, you should not be taking actions motivated by activism or politics. The significant support that you receive from the taxpayer is an acknowledgement of the important cultural role you play for the entire country. It is imperative that you continue to act impartially, in line with your publicly funded status, and not in a way that brings this into question. This is especially important as we enter a challenging Comprehensive Spending Review, in which all government spending will rightly be scrutinised.

Wow. It’s highlighted so none of us miss it. No actions motivated by activism or politics? To be clear, this letter was sent to Arm’s Length Bodies and that does not include theatres. But when cultural institutions such as the Tate and National Galleries, the BFI and Arts Council England are being targeted, it is time to sound the alarm. And loudly.

Because the very nature of what we do in making theatre has to be political. Our function is to hold a mirror to society – to reflect who we are. To press the air with the hard questions – to examine, to disagree, to have a national debate. That’s what debbie tucker green’s Ear for Eye did or what the canon of David Hare does or what the next James Graham play will be…but not if we take our artistic freedom for granted.

This is why we are reeling. The pernicious command not to take a position on political issues is a frightening attack on our freedom of speech. Art should not become a weapon of control, yet that is exactly what the implicit threat of funding cuts to arts leaders who don’t tow the line all too clearly is.

We freelancers have been told to not make a fuss, be grateful, be positive – and now don’t be political – a lot these last months. We have shouted from the rooftops that we are the creative thinkers of the Performing Arts world and we can help solve many of the problems both our industry and our communities are facing but we have been marginalised by our government, naturally, but often even by our arts leaders. We have seen money and support being given to everyone but us.

But we have to keep shouting. We have to be defenders of the Arts. This was a fight for our lives – it is now a much bigger fight. It is a fight for democracy. 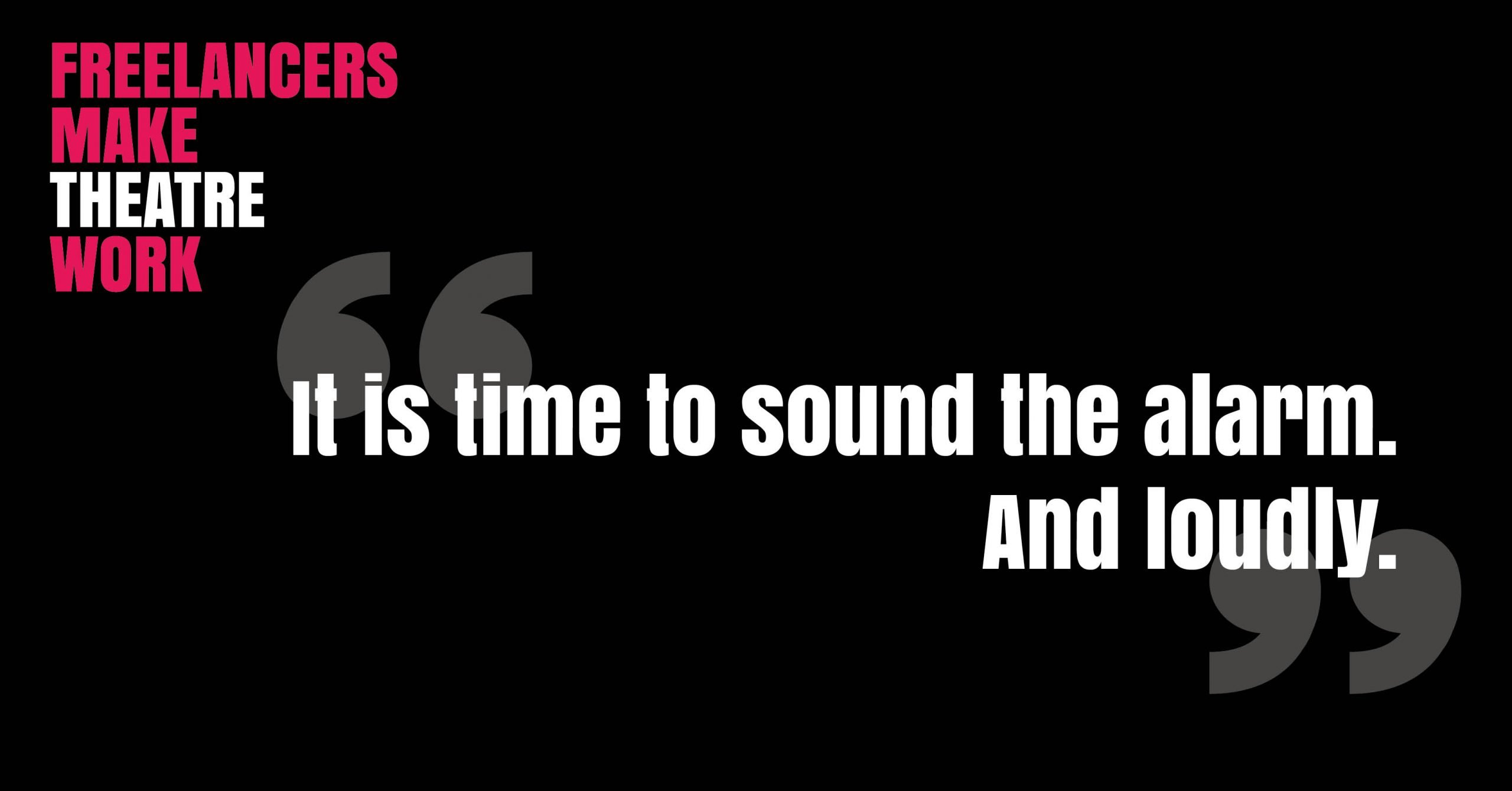