FMTW goes to the opera!

First performance of opera in a theatre to a live audience since lockdown, on 26 July, 2020

The Other Side of the Sea & beyond
A programme of operatic excerpts performed solo by soprano Héloïse Werner
Tête a Tête / Bill Bankes-Jones.

After four months of no live performances, I was privileged enough to attend two concerts in the space of just a few days. Both were trials of a kind, testing out the extreme protocols of sanitisation and social distancing, and both were concerts with female singers. However, that’s about as far as the similarities went. The type of concert and venue were at opposite sides of the spectrum both in terms of genre, and size of theatre, and the experiences couldn’t have been more different. They were the Palladium concert with Beverley Knight, and a recital at the Cockpit Theatre in Marylebone with the young contemporary opera singer Héloïse Werner. 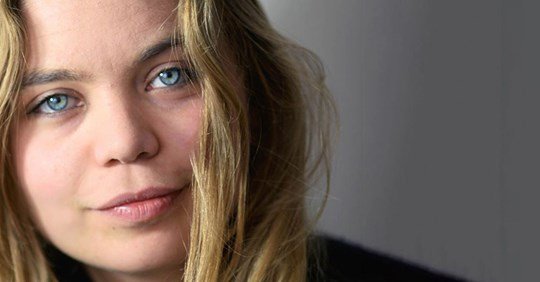 Much has been said already about the Palladium concert, indeed there was even an article in the New York post, so I’ve not much to add there. However, no less worthy of report was the intimate, classical concert produced by Tête à Tête at the Cockpit.

We were ushered in to the theatre one or two at a time, keeping distance, and upon being seated a complimentary drink was brought to each of us. The audience were spread sparsely around the three sides of seating, almost like a choreographed placement of supernumeraries, insiders, participants in the event, strategically populating the space to ensure a response from every corner of the room.

The atmosphere was familial, with banter and jokes flying across the floor among the attendees, many of whom seemed to know each other, or at least know Bill Bankes-Jones. Bill is the Artistic Director of Tête à Tête, an organisation that promotes contemporary opera, and, if I’m not mistaken, interrogates who opera is for and where it is presented. Where a small audience can feel awkward and uncomfortable, this one did not, and there was a palpable enjoyment of the welcome change from the previous four months of small screens and nowhere to go.

Whereas masks had been compulsory at the Palladium, the more minimal logistics at the Cockpit and the distance allowed between people meant that it was not necessary to wear them inside the theatre. This made for a more pleasant and social experience. I was also excited to meet Bill in the real world, having met before but only in our FMTW Zoom rooms or in that other world of social media.

On the one hand we were there as an experiment, and yes, the experiment worked very well in terms of our enjoyment, a rather privileged and intimate concert – and importantly the DCMS rep present was satisfied that all safety protocols were met. However, so few in the audience is clearly not an economically viable model. On the other hand, and the main reason any of us go to the theatre or to concerts, we were there to see a performance.

And what a jewel of a performance it was. Héloïse Werner is a delightful, charming, talented and charismatic singer, composer and performer. We were guided through a short but artfully chosen selection of contemporary opera pieces, that were performed with skill, nuance and brilliance. I had not been sure what to expect from a programme of operatic excerpts performed solo by a soprano, and I was delighted to find myself captivated by Héloïse’s bright spark. Among the works were some excerpts from The Other Side of the Sea, composed and devised by Héloïse herself with text by Octavia Bright, which made me want to see the whole opera. The other works included compositions by Cheryl Frances-Hoad, and Georges Aperghis, and the recital ended with a theatrical rendition of Stripsody by Cathy Berberian, the score of which is written in the form of a comic strip.

Héloïse is a versatile singer, at home with classical sound, contemporary vocalisation and even a touch of jazz, and this concert left us all wanting more – certainly I’ll be keeping an eye out for more from this artist.

And in that space, there it was, the very particular living, breathing, experience of live performance that we love so much. Well done to Bill Bankes-Jones and the Tête a Tête team, Héloïse Werner, and everyone at the Cockpit, it was a treat.